Quite often one of the bad things said about London is that it is too expensive to live in. Rental prices are so high, that even if you can get a well paying job, you’ll never be able to save up enough money to afford to buy a house. It was this, in a roundabout sense, why I found myself on Wood Street in Walthamstow on a Saturday afternoon. You see, one of the side effects – positive, or not, depending on how you look at it – of the current housing situation is that people are being forced to look further and further out to find places to live – and I was meeting up with some friends who had done just that. Another side effect, is that with all these trendy, young Londoners moving out to the sticks, so too must exist the establishments that cater for the needs. Namely, pubs that sell craft beers and burgers such as the Duke E17. 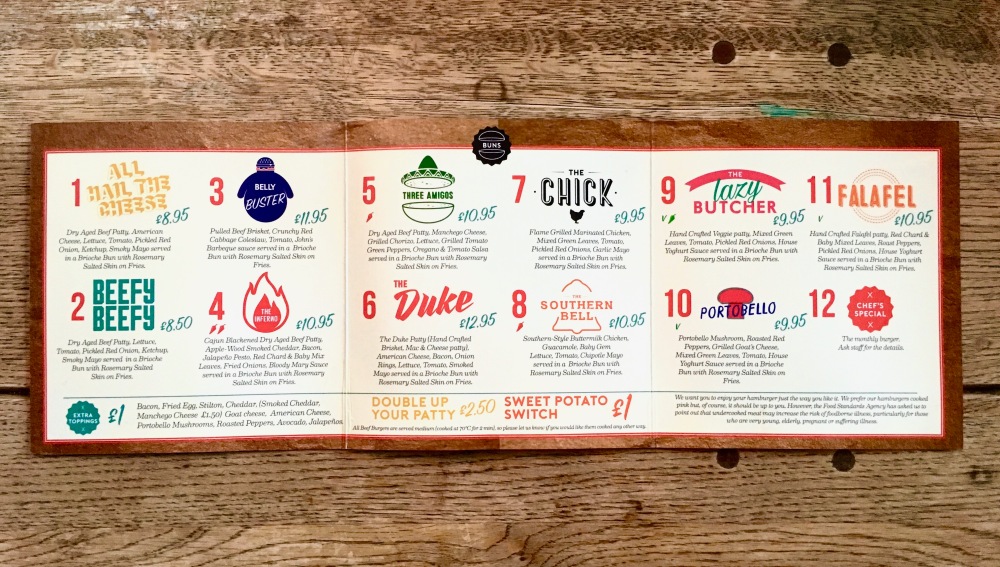 From the outside the Duke stands out, and literally stands apart, from the other establishments lining the Wood Street thoroughfare. Its a big, all black building that stands back from the road, with a massive mural on the adjacent building proclaiming that ‘It’s all good in the Wood!’. The interior is a lot more welcoming – a quite large restored pub, still with all its original wood panelling and big L-shaped bar. My Buns, the resident burger sellers, occupy the kitchen at the back and offer up a very tasty looking burger menu, consisting of a wapping twelve burgers, of which three are veggie (ONE QUARTER). The three veggie burgers cover all bases; a felafel patty (The Felafel), a mushroom burger (The Portobello), and a veggie patty (The Lazy Butcher) – I went for the latter. Possibly overly-excited by the size of the menu and all it’s extras (and a tiny bit tipsy off a few strong but crisp pints of Sierra Nevada Pale Ale), I went for some extra blue cheese.

The burger itself certainly packed some bang for its buck. The large veggie patty was a deep-fried, breadcrumbed patty made mainly from courgette and served with lettuce, tomato, pickled onion, and a house yogurt sauce. The burger was full of flavour, with courgette providing a texture and taste that I haven’t previously experienced when eating a veggie burger. The downside to this was that the burger fell apart far too easily when I started eating it, so I ended the meal – probably a bit too gleefully – licking blue cheese off my fingers. In regards to the cheese, it was definitely not needed and a mistake on my behalf, as I should have  seen that it already came with a yogurt sauce. 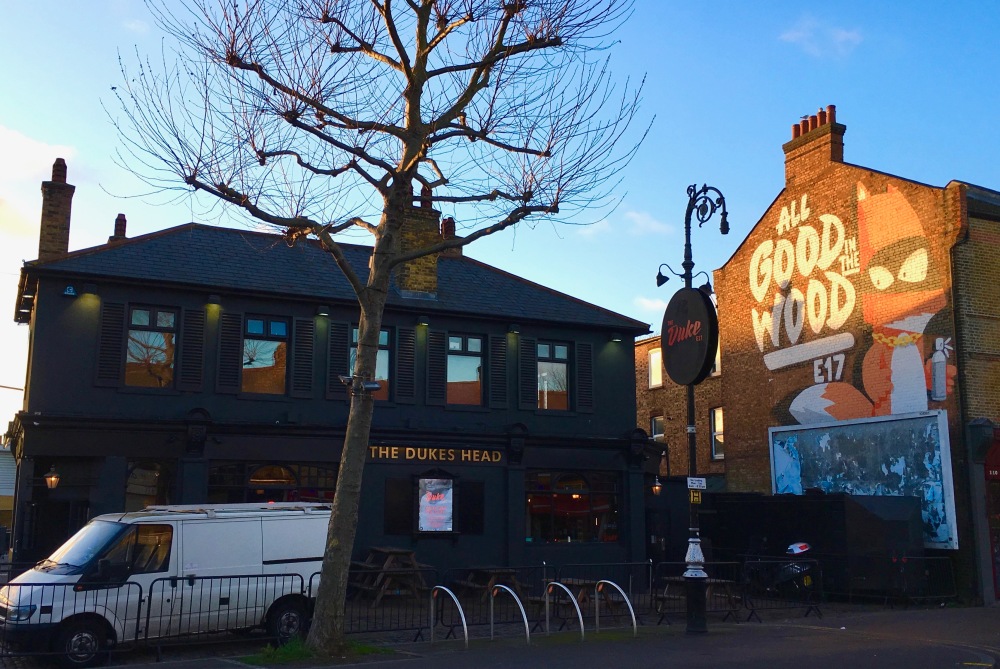 Overall, despite the massive schlep out to it, what I found in the far away spot of East London left me more than satiated. It’s good to know that, should I ever have to move out of the centre, that there are options for beer-drinking, veggie burger lovers such as myself, provided by kitchens such as My Buns in pubs like The Duke. In a bittersweet twist however, the occasion that found me in E17 was actually a leaving do. My friends, who had found a reasonably priced place to live out that far were actually leaving London, to move to a bigger and cheaper property in Brighton. I guess a veggie burger blogger’s trip to Brighton is on the cards!