On the 8th November 2016, a shockwave was sent around the globe. The Republican, and outsider candidate, Donald Trump beat the Democrat nominee, and bookies’ favourite, Hillary Clinton in the race to become President of the United States of America. Trump was sworn in last week to end the eight year term of one of the world’s favourite Presidents, Barack Obama, a president elected (and re-elected) on a politics of hope and inclusivity – the polar opposite of the current incumbent. So, whilst the internet was celebrating his premiership with a number of quite frankly, excellent ‘best-moments’ montages, and Joe Biden memes, I tried to join in the only way I could, by eating a veggie burger. Where else then, than in a burger restaurant inspired by the archipelago of his birth, the state of Hawaii, called Kua ‘Aina just off Carnaby Street.

Tenuous (if not topical) links aside, I was drawn to Kua ‘Aina in an attempt to sample a burger that had something different about it. A lot of the burger places in London are trying to outdo each other at the same game – the moody, minimal, meat-obsessed, hipster, don’t-care-but-actually-really-do vibe – but Kua ‘Aina takes a more unashamed approach. Walking into the kitsch, Hawaiian themed interior already adds an element of fun that you often don’t find in many burger joints. The menu of ‘lava-grilled’ burgers and sandwiches is brought over to you by waiters in Hawaiian shirts and has a whopping 21 different choices to choose from (three veggie, five fish). One of the veggie options was essentially salad in a bun though, so I had a straight choice between halloumi and red pepper, or a garlic butter infused portobello mushroom – I went for the latter, with a side of sweet potato fries. The real reason for the meal was because it was the last Friday of work in 2016, so to drink we sampled a few pitchers worth of the Hawaiian beers on draught from Kona Brewing Co. 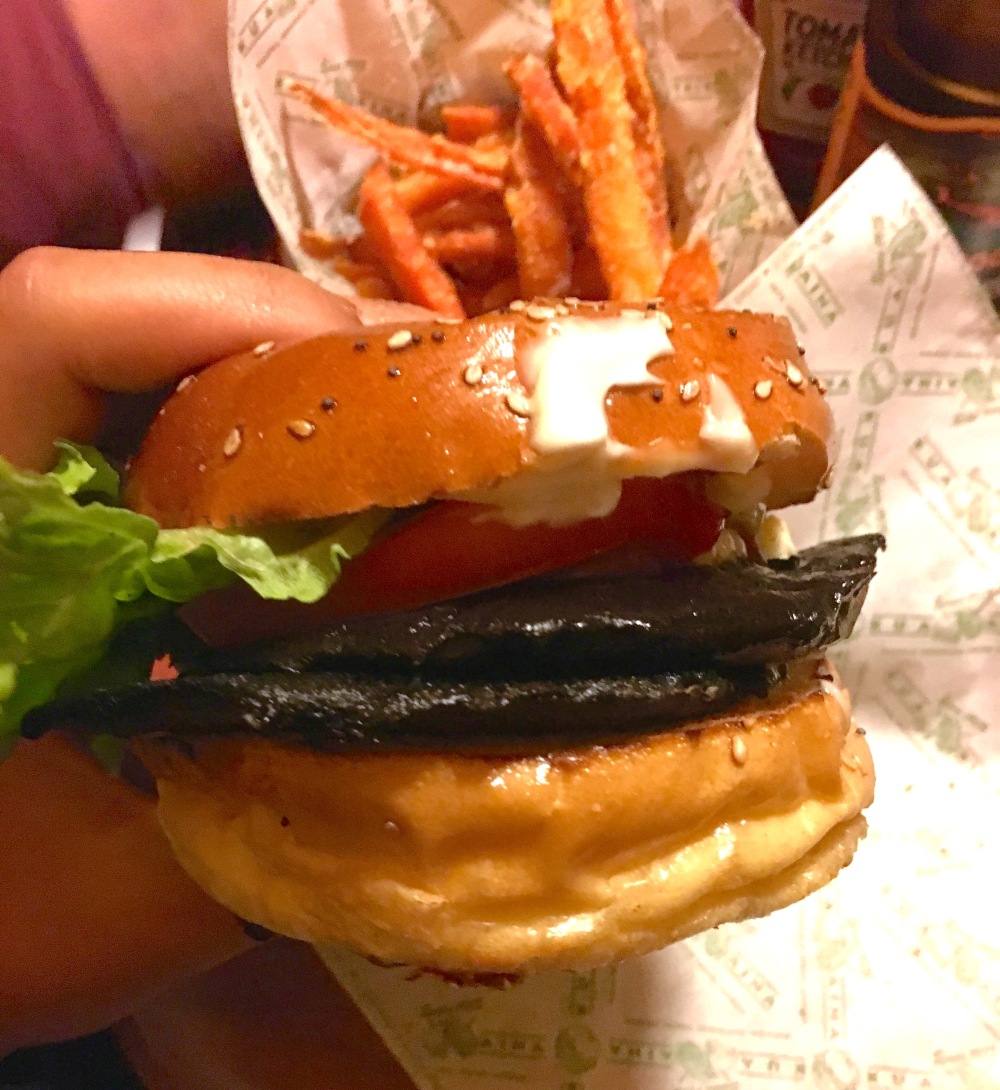 The burger itself was soft and juicy as advertised on the menu, the portobello mushroom(s) had been grilled just enough over the lava to keep their bite but also to burst with flavour as they were bitten into. It came in a ‘golden seeded bun’ – about halfway between a sesame and a brioche bun- which provided the best of both worlds. The whole thing was smaller than I was hoping, but satisfying nonetheless with the garlic butter adding an almost french, garlic mushroom feel to the ensemble.  The sweet potato fries were crunchy and the Big Wave golden pale ale was particularly delicious. 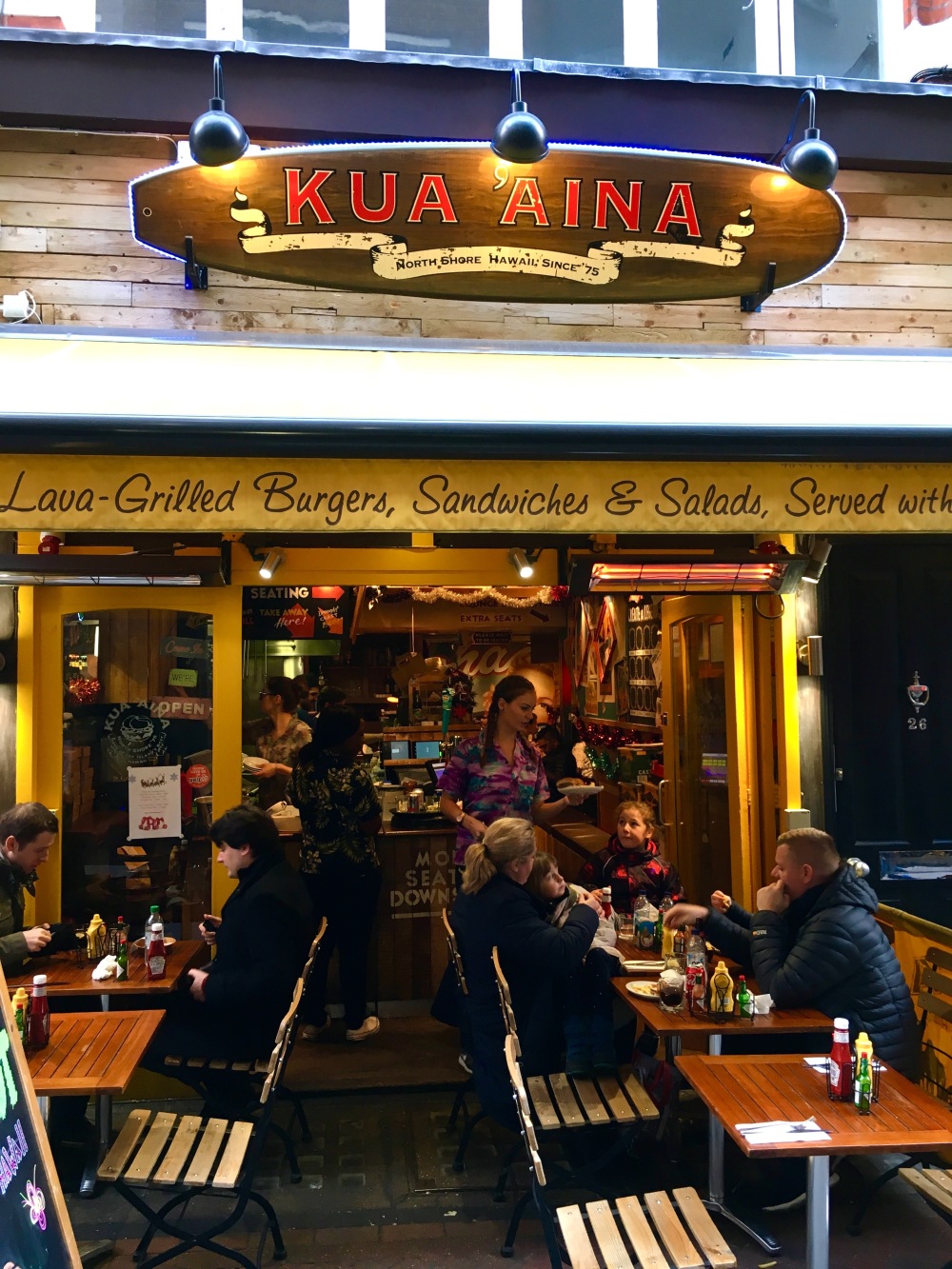 Overall, my burger homage to Obama/end of year lunch at Kua ‘Aina was tasty and uplifting as it needed to be. One criticism would be that they had two clear veggie ‘burger’ options on the menu but neither were actually a genuine patty. Perhaps, a lot like Obama’s presidency, the main aims were achieved (in this case flavour and atmosphere), but if given some more time, and less resistance from the House of Congress (meat-eaters?) then maybe a truly unique Hawaiian veggie burger would have been achieved… with pineapple or something, I dunno.