Good friends of mine will tell you that my favourite time of year to be a Londoner comes at the end of summer, on the Sunday and Monday of the August bank holiday weekend. Over two days nearly two million revellers descend of West London for the biggest street festival in Europe. I am of course talking about Notting Hill Carnival. For me a time to don the string vest, drink copious amounts of Red Stripe and skank out to some bone-trembling bass, it is also one of the few times I truly venture into the W postcode. When I discovered that there was an opportunity to indulge in everything I enjoy over the August bank holiday – minus the string vest – but in the depth of winter (with the added incentive of a burger!) I decided it was probably best I made my way over to Portobello Road. 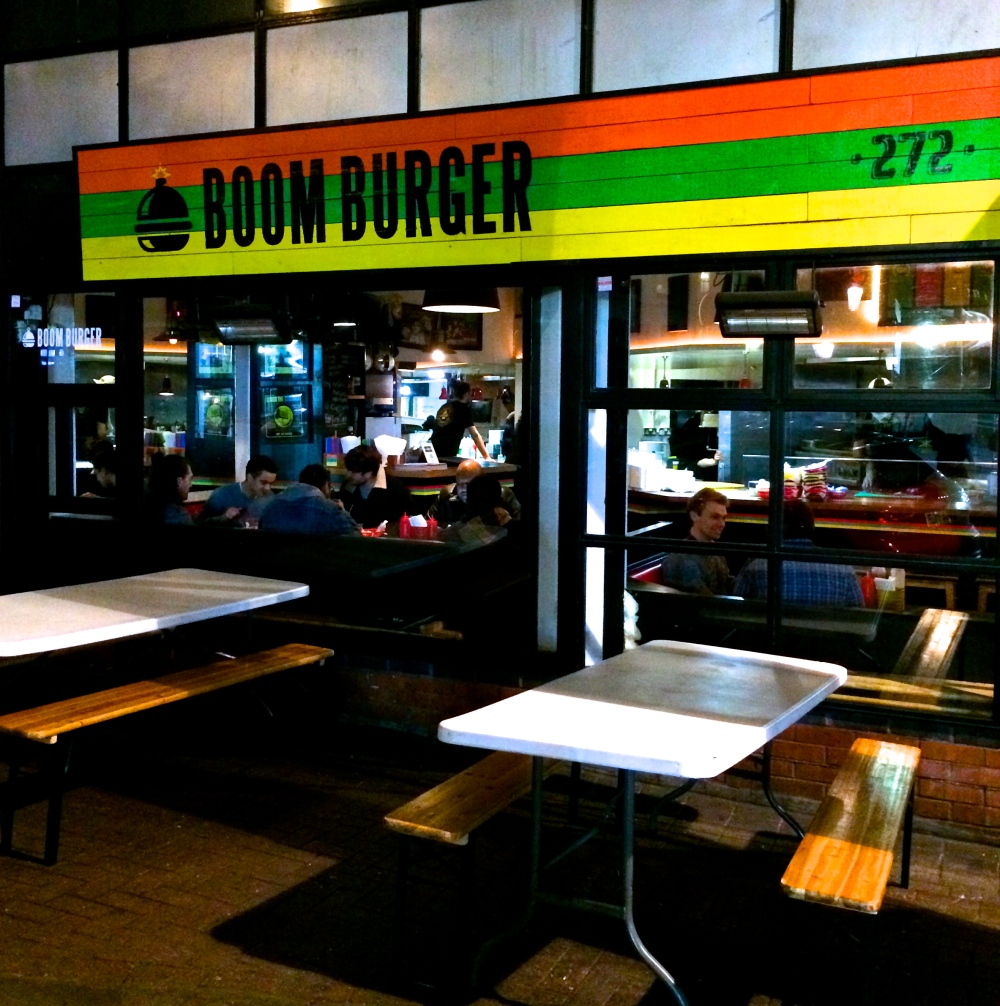 Nestled under the Westway on by the covered market, Boom Burger is a cosy little place seating about 20 covers on a few bunkettes, and at the bar – from where you can sit and watch the kitchen do their thing. The colourful interior is backed up by the tunes that are playing out of the soundsystem up against the back wall, a playlist ranging from reggae to garage adding an extra dimension to the dining experience. The menu has six burgers to choose from, one veggie (also one fish) all offering up a varied range of west-indian flavours. With my ‘Veggie Boom’ I shared a bowl each of french fries and plantain fries. To drink, what else could I have but a Red Stripe.

The burger consists of a spice-roasted sweet potato on a bed of zingy avocado, accompanied by a big bunch of rocket, topped off with some sweet-chilli jam – all in a toasted brioche bun. Even before eating it the burger is impressive, with the colours of it matching those on the shop front, almost as if to be intentionally on-brand. The first flavour you get as you bite into it is the citrus of the avocado, a real kick in the chops before the spicy sweetness of the main content of the burger – the sweet potato – takes over. The freshness of the rocket cuts through what would be an otherwise rich burger, and the subtle heat flavour of the chilli jam rounds everything off. Initially my burger was forgotten from the order so I had time to enjoy the plantain fries before it arrived on the table. On their own the plantain was quite dry and floury, but mixed with the house jerk mayo, and a bit of hot pepper sauce, they were transformed into something magical. 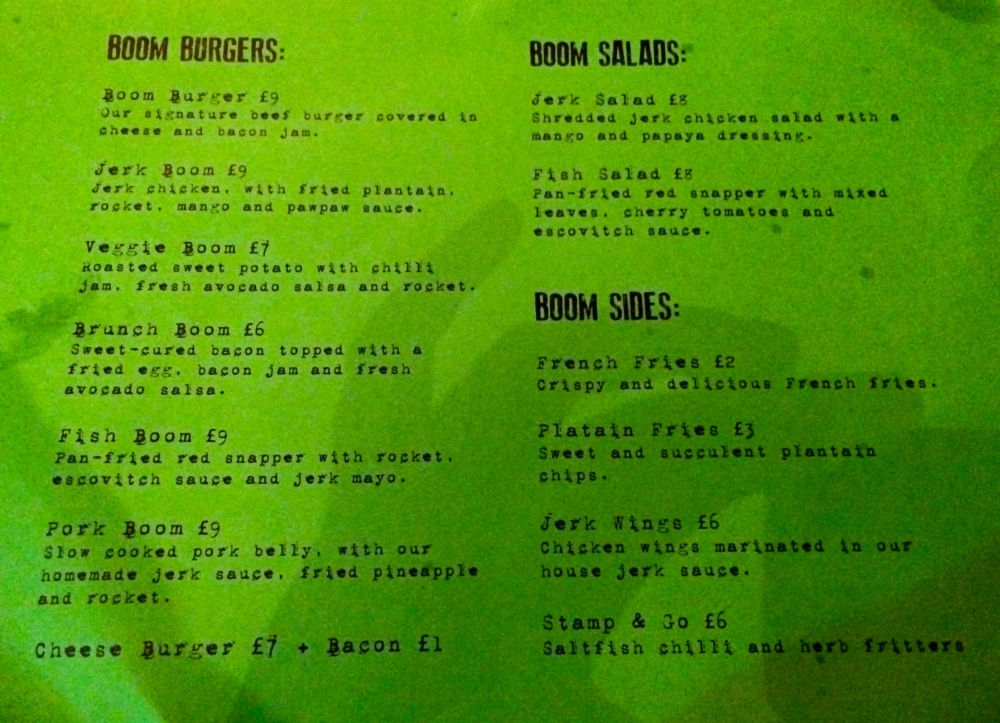 I was happy that Boom Burger did not disappoint. This little spot is definitely worth the trek if you’re coming from anywhere outside of West London. The burger hubs of Shoreditch and Marylebone, whilst having some of the best burgers in the city, are all attempting to outdo each other at the same game. Boom burger, by offering up something different, provides a fusion cuisine that works, and deserves to be experienced. For me, being starved of Caribbean culture for 363 days a year isn’t the ideal and this certainly offers an outlet. The music, the food, and the Red Stripe mean that I might be making my way to this part of London much more than once a year.