There’s nothing like the cold depths of winter to prompt the need for a hearty burger to warm the cockles. Another great – but far less wholesome – reason is a hangover. So in the mindset of killing two birds with one stone I headed over to Hackney Wick to sample the menu at Number 90. Unfortunately when I arrived it became clear that they do not allow dogs in the restaurant, and I just so happened to be accompanied by, amongst others, my french bulldog, Amber. At this point you may wonder why we didn’t turn around, but a great effort had been made to get there, and Hackney Wick is a pretty desolate place, so we decided to persevere. Despite the protestations of the staff claiming how much they love dogs (one even showed us a life size tattoo of his boxer on his chest!), we were banished to the cold outside terrace, still a bit grimy from the night before with nothing but a couple of patio heaters and the Lea River for company. It seems like I’d missed that warming first bird, hopefully the second one would be successfully slain. 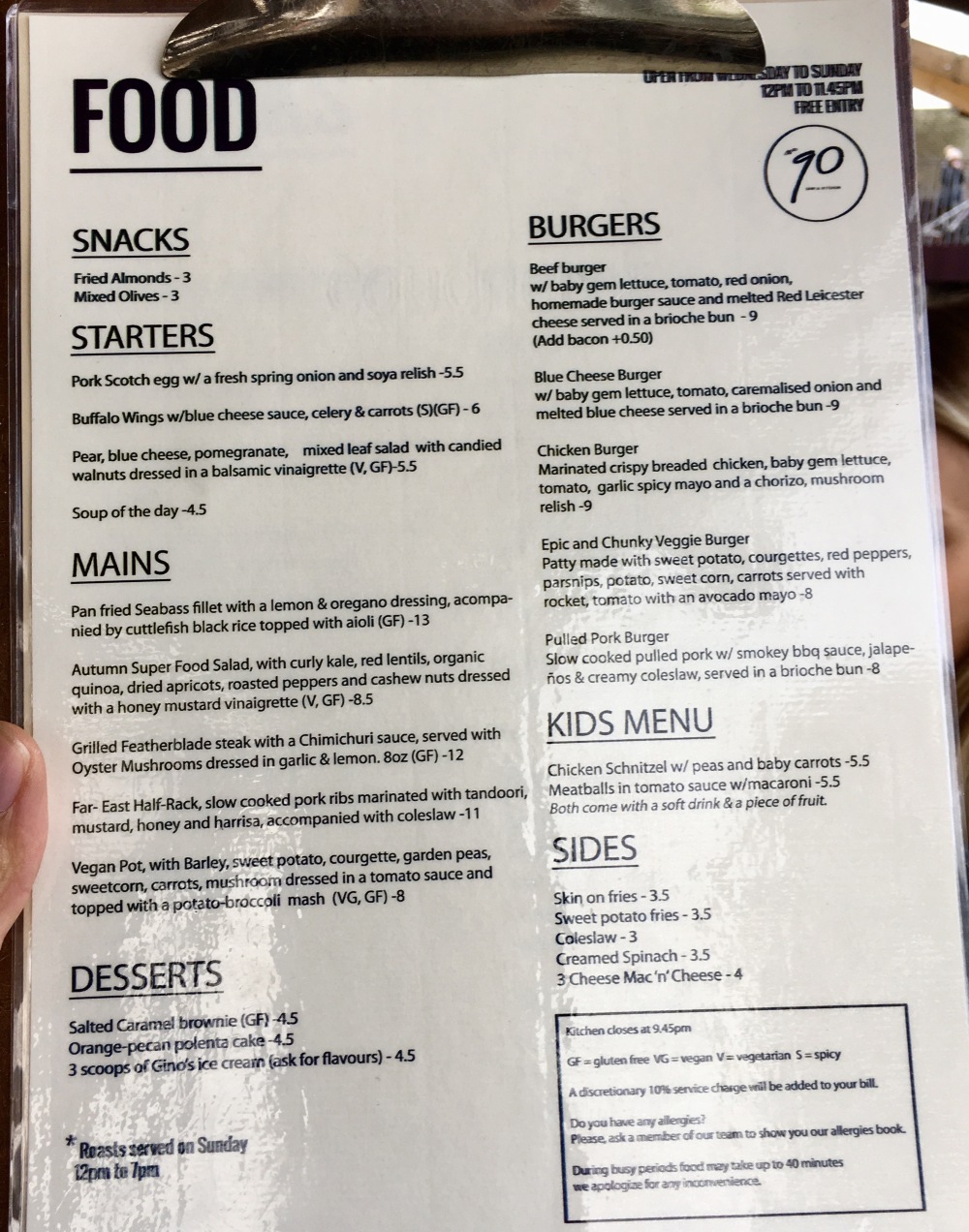 To get the ball rolling I immediately ordered a Bloody Mary as I perused the burger menu. The burger section of the menu at Number 90 consists of five burgers, one veggie – the name of it caught my eye – the ‘Epic & Chunky Veggie Burger’, a patty consisting of a whole array of (presumably chunky) veggies such as sweet potato, carrots, parsnips, spuds and, on a bed of rocket, tomato and avocado mayo. To tie my meal together (not really) I went for some sweet potato fries. Also, with the Bloody Mary doing it’s job, I moved on to a probably-too-cold pint of Goose Island.

When the burger came it was obvious that it’s creators had set it up for a fall, because ‘Epic’ it was certainly not (looks-wise anyway), in fact quite the opposite. The patty itself looked like it had been in the fryer for a bit too long, and the rocket had been replaced with some non-specific lettuce leaf. It did live up to the chunky part of it’s name however, with the sheer number of vegetables providing some good texture but was unfortunately lacking in taste, and also fell apart as I ate it.

Unfortunately from the moment I saw the ‘no dogs allowed’ sign on the door, my hangover lunch at Number 90 was set up for a fall. Sitting in the cold was not what I wanted, and the burger I craved, despite great promise (from the name at least!), did not materialise. Impressive from the outside, and quite an impressive space within, Number 90 – like the rest of Hackney Wick – is probably better for a night out. I came with the mindset of killing two birds with one stone, but ended up missing them both. Maybe that’s why I’m a vegetarian.