The Easter weekend brought a momentous occasion for the relationship of my girlfriend Rach, and I, as finally after over two years together our parents finally met. Another momentous occasion for the both of us, and one which I was slightly more looking forward too was the end of lent and with it, the end of our bread sabbatical. Keen to show Rach’s parents a piece of the local culture, we decided to have our meal at one of Hackney’s many burger joints causing a stir – specifically The Advisory – on Mare street. The Advisory first peaked my interest when I saw it on a list of Time Out’s best burgers in London, but I’d never had a chance to try it out – until now. 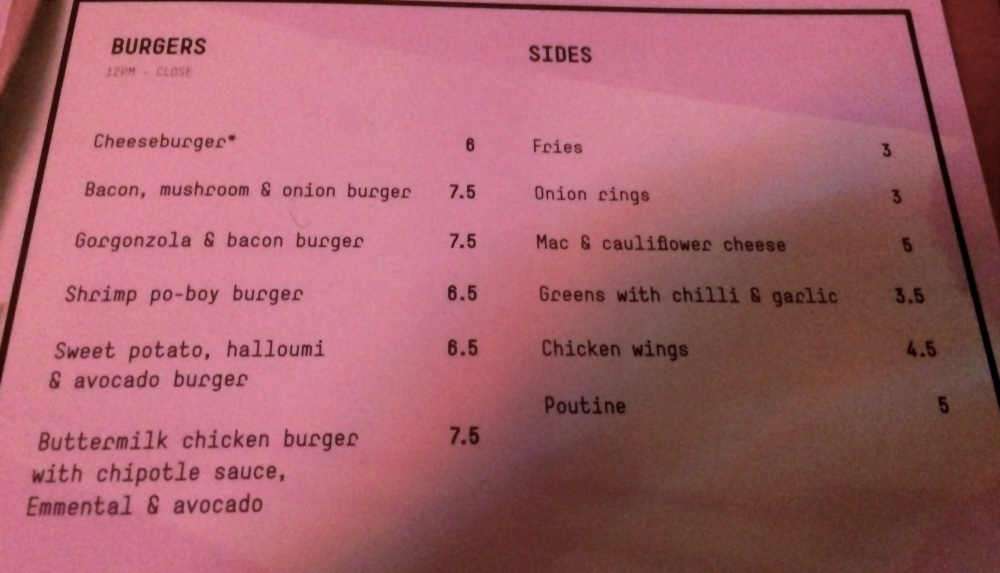 The Advisory’s location on Mare Street is fairly unassuming, away from the main hub around Hackney Town Hall and nearer London Fields station, nestled amongst a few other restaurants and pubs. The restaurant itself is fairly small and, as a result, it’s probably wise to book in advance, which we did. Before we turned our attention to the food menu we had to decide on some drinks. Aside from the beer and wine menu, you are presented with a cocktail menu, and a list of alcoholic shakes. The Vanilla White Russian immediately caught my eye.  A chance to have one of my favourite cocktails in an even more indulgent form, was to good to pass up on. I went for the one veggie option the menu – the sweet potato, halloumi and avocado burger – whilst ignoring the spicy bean burger on the specials menu and, due to their being six of us, went for a selection of the sides including poutine, fries, onion rings, and mac and cauliflower cheese. 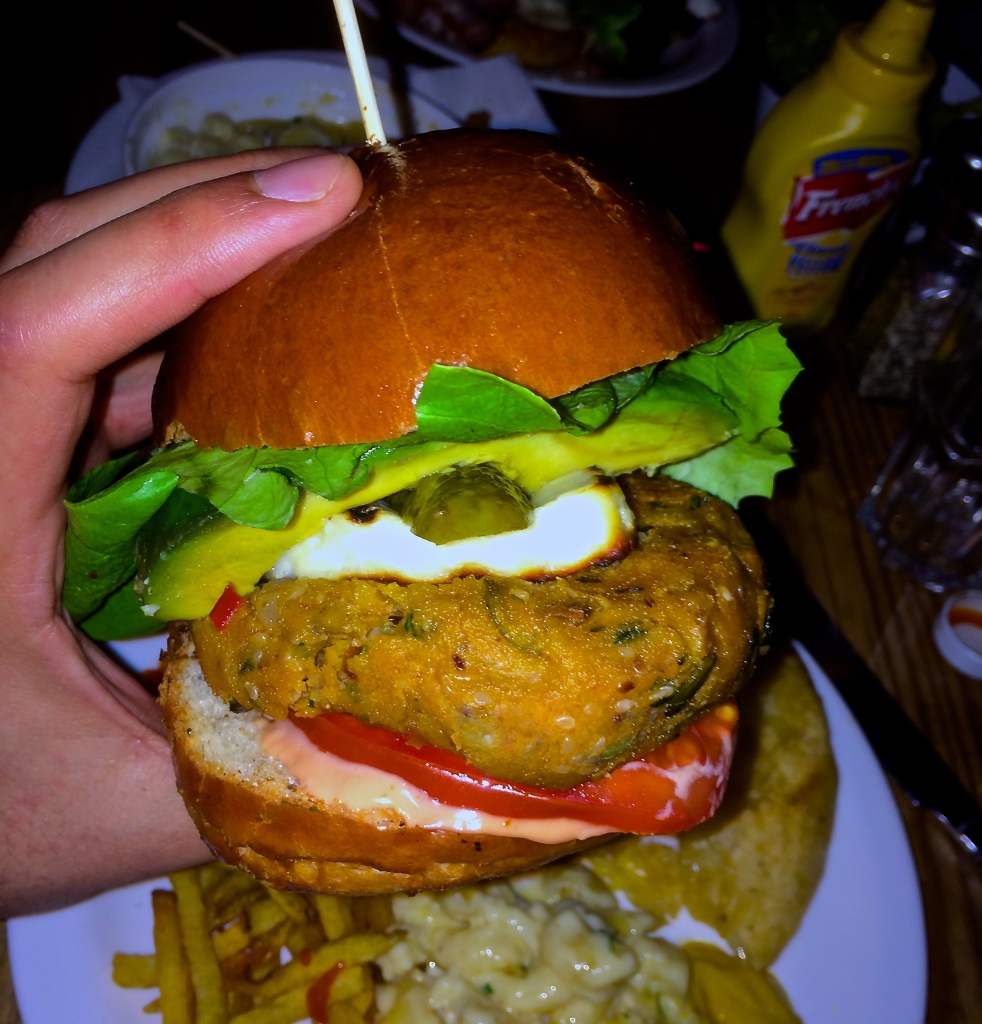 When the burger arrived my first thought was: ‘have we ordered too much?’. This was one of the biggest burgers I have even been served. The fat homemade sweet potato patty with a thick slice of grilled halloumi and a few slices of avocado (as well as the other burger filling usuals) inside a thick brioche bun was certainly something to behold. With my plate filled with sides – minus the poutine, which sadly was made with a meaty gravy – it was time to get stuck in. The patty actually didn’t offer much resistance against my mouth, with the halloumi and gherkin offering a little. What this meant – also partly due to its sheer size – was that the whole thing kind of fell apart in my hand. Flavour-wise the burger was pretty tasty, the sweet potato delicately spiced, with a mixture of seeds and herbs running through, adding a bit more depth to the patty. In terms of sides, the onion rings where made in delightfully light batter, whilst my favourite – hands down – was the mac and cauliflower cheese, if not a bit gluttonous. 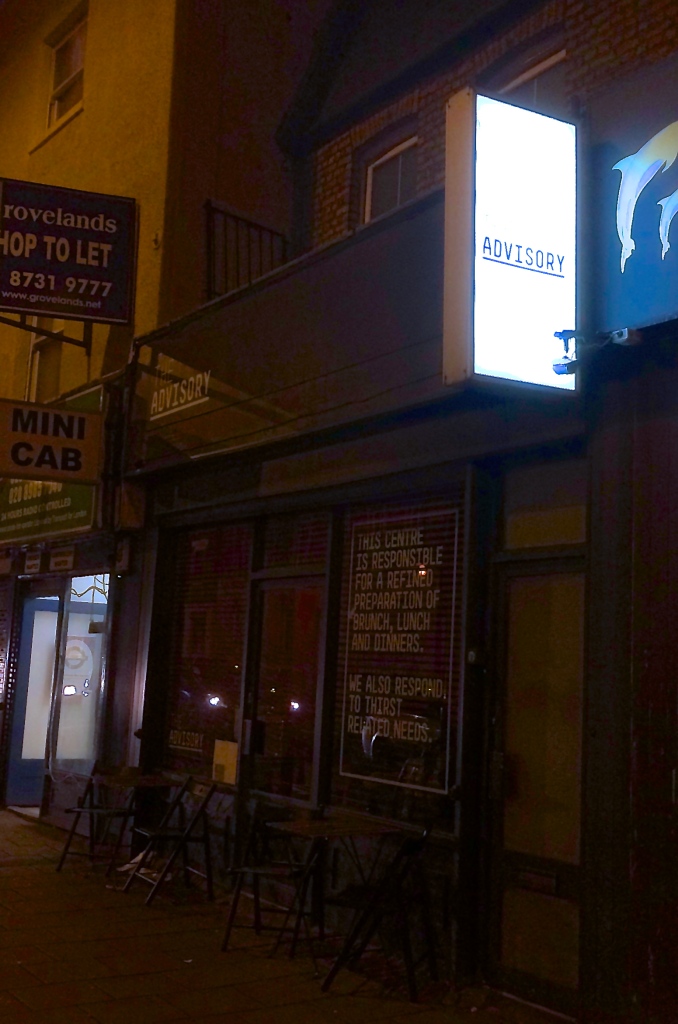 Our family get-together meal was ultimately a success, parent and food-wise. The advisory didn’t quite live up to it’s top burger moniker but it’s certainly not anything to be scoffed at. My dad is a vegetarian too, and he went for the spicy bean burger special, but I think I made the right decision. The end-of-lent-nature may have got to me a bit making me go slightly overboard with food. In fact, I was probably even full by the time the food arrived, having necked half of my deliciously boozy – yet very filling – milkshake. In the end I had to sacrifice something and ironically, after more than a month of craving it, I took the bun off my burger and left the bread on the side as I polished off the finer elements on my plate. There’s always next time, eh? 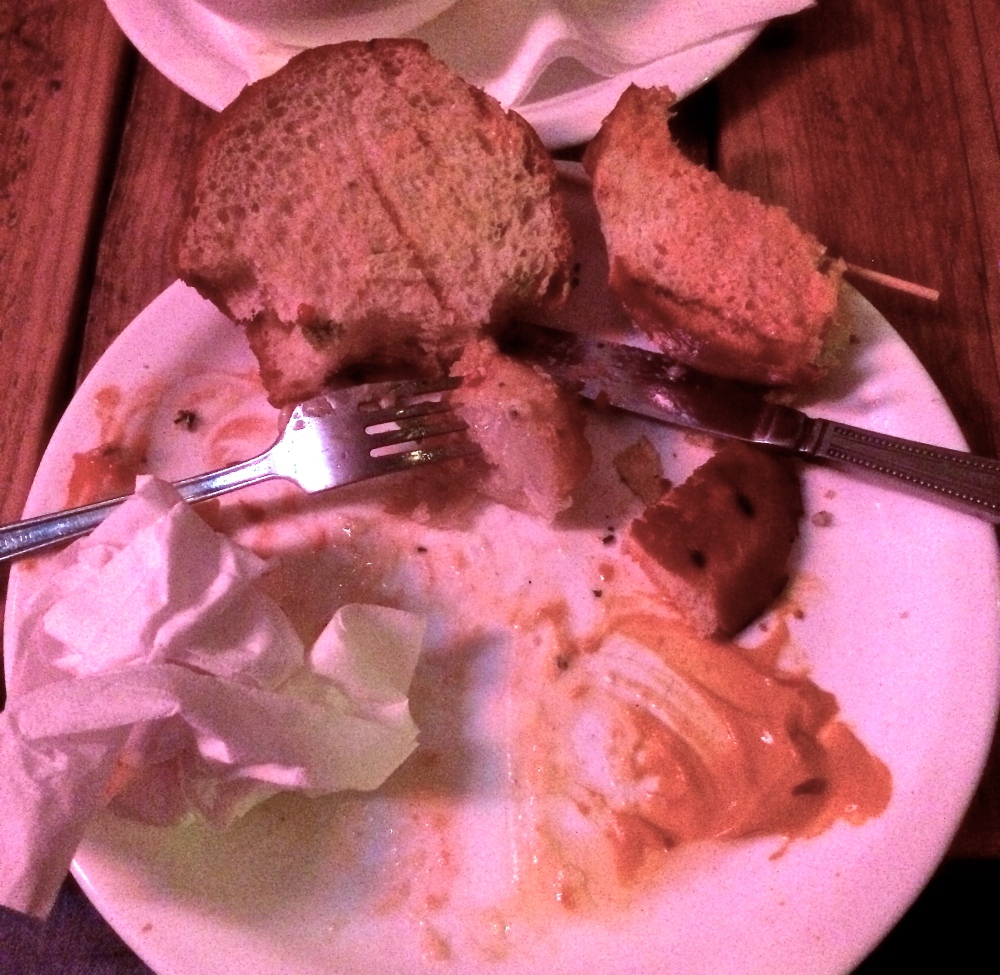